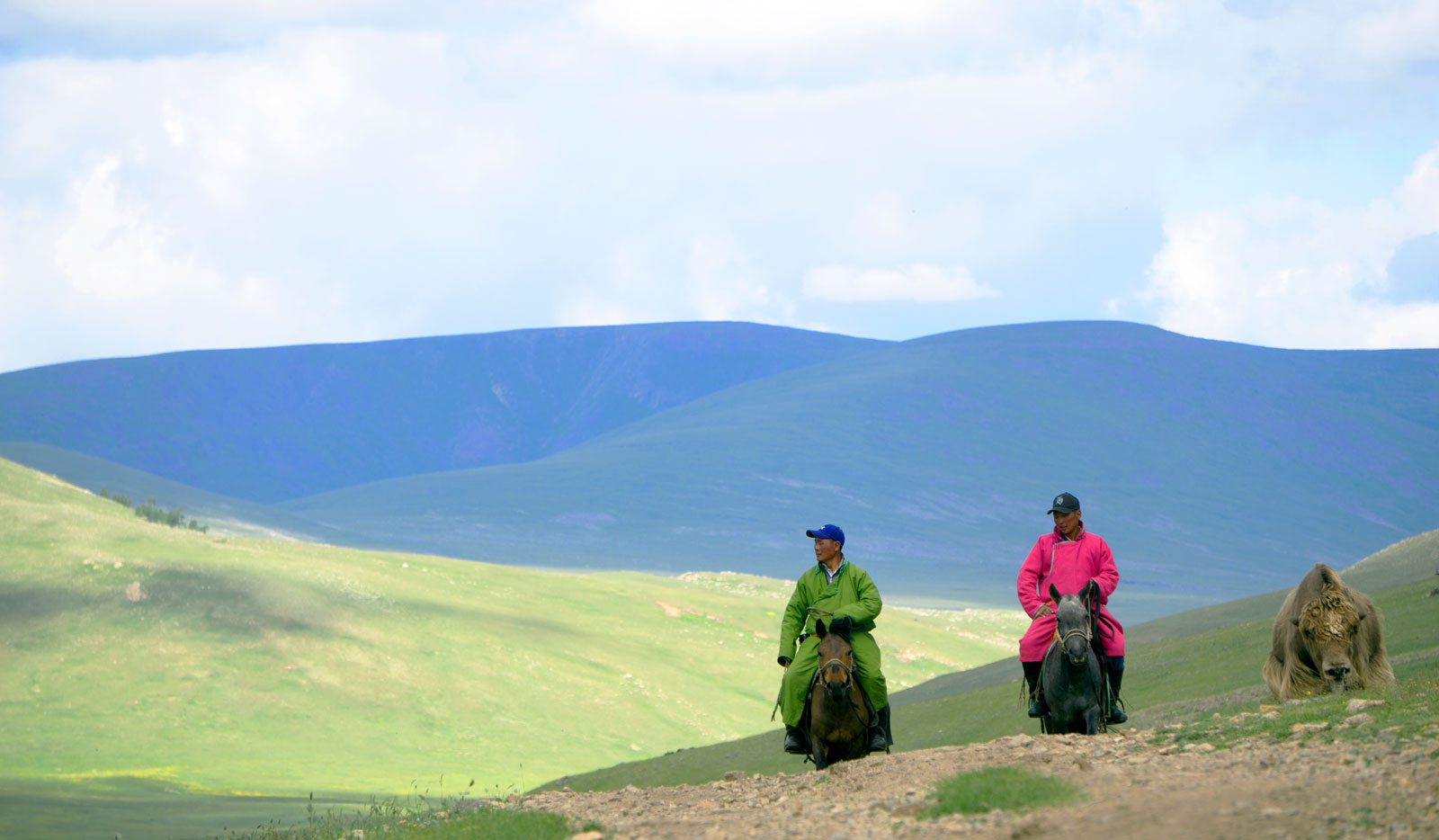 The minivan was barreling down a series of dirt tracks leading to the village of Uyanga, in the foothills of the Mongolian Khangai mountain range. I was on the Trail again, with a plan to hike across these mountains to reach a village called Bulgiin. With my last hike having been a while ago, I was really looking forward to getting out of the car and stretching my legs for a day or ten.

Even more so because I was crammed in between a fat guy, a local drunk, a pile of wooden planks and a few bags of groceries. Being squeezed into this uncomfortable position while getting knocked around in a dingy minivan racing down a dirt road for a few hours already proved quite the adventure. I hadn’t been able to stretch my legs for a good two hours, except when the van stopped to allow its passengers to take a piss and share a bottle of vodka with the driver. I couldn’t complain though, as I still had what seemed to be the place of honour on the front bench, with only two other people next to me. The poor souls in the back bench were crammed in with five.

After finally having reached Uyanga I set up camp a little way upriver and dreamed of the trip ahead. This hike was going to be great, I had no doubt. Ten days of crossing central Mongolia’s dominant mountain range, roughly 230 kilometres of wide open valleys, wild rivers, green hills and volcanic rock formations waited ahead.

As I was mainly following rivers, my route would lead me along valleys dotted with nomadic settlements of one or two traditional felt tents called gers, typically housing one family each.

Where in some places in the world the word ‘nomad’ brings up images of young travelling online professionals making a living from their laptops, here in Mongolia the traditional nomad lifestyle is still very much a reality. Families move around the countryside with their herds, making cheese and other milk products by hand and only moving to the city when the winter frost turns the countryside into a snowy waste.

It’s a simple yet sometimes harsh way of living that nevertheless has stood the test of time since before the days of Ghengis Khan. It is also proven to be a way in which ancient nomad customs are still preserved and respected, despite Chinese invasions or communist cultural purges.

This I found out on a hot midday, after several hours of hiking up the wide valley following the Shuragiin river to its source. I passed a ger camp, staying at a respectable distance from their dogs, when a woman stepped outside and motioned for me to come over. As I approached their tent, they told me to take off my backpack and step inside. This matter-of-fact way of inviting me into their home continued inside, where I was seated in the place of honour opposite the door and given süütei tsai (warm milk tea), warm milk, cheese curds and candy, all at once.

Despite the fact that I was a foreigner, they didn’t know me and we didn’t even speak a shared language, they invited me into their home and gave me whatever they could. My drinking bowl was refilled when empty, and when I’d had enough they gave just a little more. And not because they needed or wanted something from me. This is just the way this culture handles hospitality: you see a stranger near your ger, you invite him in. You approach another family’s ger, you get invited in, no questions asked.

It is common practice for a guest to give a gift when visiting another ger, however. Things that are usually well received are practical things hard to come by in the country, like small compasses, binoculars, flashlights or batteries. My carrying capacity was extremely limited, so I only carried a few small bags of candy to give to kids of any potential hosts. When I moved to offer the candy to my host as a ‘formal’ gift, they refused it. Sometimes the host can decide they won’t have anything in return, apparently.

The kids still eagerly accepted the candy when offered, though. A quick glance at my host showed she was happy with it too. Maybe next time I wouldn’t bother trying to be formal when handing out candy…

After sitting around trying to deal with the language barrier by grunting and mispronouncing their language like an idiot for a while, I decided I had better be on my way again, and headed further up the valley. Barely a day later I was invited into a ger once again, this time to have a wholesome dinner of rice and mutton, with a few lost vegetables mixed in. Served with yoghurt, milk and Süütei Tsai, of course.

While their hospitality is recommendable, the typical Mongol diet would give the average Western dietist a heart attack. In summer they typically eat what is locally referred to as ‘white food’, meaning milk products, usually supplemented with mutton and rice for dinner. Soft creamy cheese, curdled cream, yoghurt, hard cheeses, dried milk curds and milk are almost exclusively consumed in the warm months.

This also means that if you’re lactose intolerant you either decline every invitation to enter a ger, or you bring a lifetime supply of toilet paper. You have been warned.

The weather was either blazingly hot, with clouds of flies buzzing around my head, or would turn extremely wet when thunderstorms loomed over the surrounding hills, pouring down rain and hail on me as I scrambled to set up cover. So whenever I had an opportunity to take shelter in a ger, I would not turn down the offer and comfort myself with a nice bowl of warm milk.

Especially not when hit with a succession of no less than three thunderstorms in an open field. While being peppered with hail and rain, I hastily made my way across swollen streams, getting a wet boot in the process. When I finally did make it to another ger, I politely asked them for a way down the valley and offered to pay for the effort, hoping to get a ride. The river was getting pretty wild with all the rain the past days, and I wasn’t looking forward to slipping and going under.

I was in luck. The head of the family explained he was going to town the next day. We agreed on a price, as transportation is seldom offered for free, and was told I would be staying in their ger for the night. I offered to just put up my tent outside, but he wouldn’t hear it. I would sleep in their ger, and that was that. They cleared their son’s bed for me, who would have to share his sister’s bed for the night, leaving me feeling slightly uncomfortable about this sleeping spot shuffle. Where I’m from, this would never happen when having a stranger in your house.

As for me, as soon as we made it to town I found myself a nice local restaurant. After days of bland hiking meals and lactose-heavy lunches I was ready to eat anything at this point.

Anything but milk and cheese, of course. 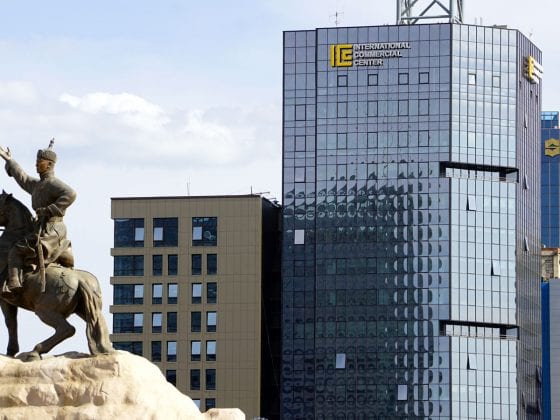 How To Extend Your Mongolian Visa 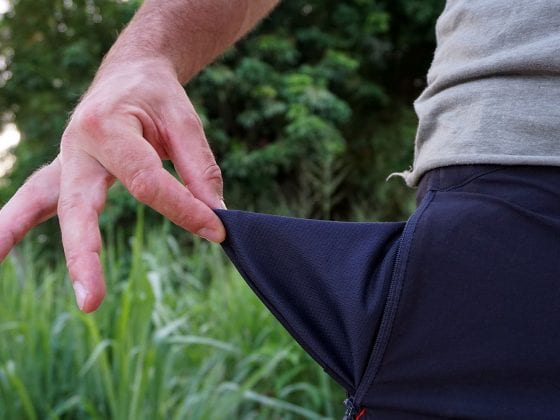 10 Tips for a Cheap Hiking Trip